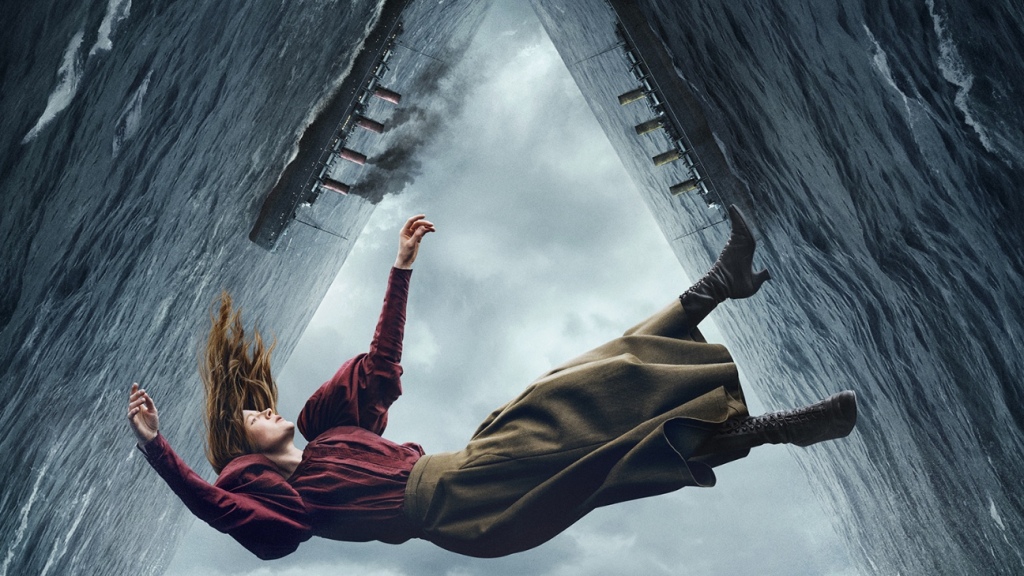 Netflix has dropped the new trailer for 1899, the hotly-anticipated new mystery horror series from the makers of Dark.

And it is really weird.

The first Dark trailer, which Netflix released in June, set the stage for the show: we’re on an immigrant steamer traveling to the “new world,” filled with people who are all “running away from something.” En route, they encounter a mysterious second ship, the Prometheus, which has been missing for months, adrift on the open sea. When the crew decides to board Prometheus, things take a horrific turn…

So far so strange.

The second trailer expands on the universe Dark masterminds Jantje Friese and Baran bo Odar have created for 1899, without ever explaining what is really going on. But there are plenty of breadcrumbs to follow —including the repeated image of a black triangle —that should prove fodder for online speculation long after the show drops globally on Netflix on Nov. 17.

Fans also get a sneak peak at the design of the show, which looks like a steampunk take on Bridgeton with a touch of Night of the Living Dead thrown in.

See also  Shehnaaz Gill is more popular than Salman Khan? Actress opens up on how her popularity will benefit the film

If the first trailer was more conventional, cut to emphasize the show’s thriller and suspense elements, this new teaser plays up the mystery and fantastic components, a feel helped by the Jimi Hendrix’s version of All Along the Watchtower playing in the background.

1899 is the first Netflix show shot entirely in a virtual studio using cutting-edge LED-Volume technology which uses a video game engine to create virtual sets and locations, allowing complex visual effects shots to be done in-camera. The eight-episode first season was shot at the Dark Bay LED studio on the Studio Babelsberg lot outside Berlin. Dark Bay is co-owned by Babelsberg and Friese and Odar’s production company, Dark Ways, with backing from Netflix. Film tech companies Arri, Faber and Framestore were involved in the development of the virtual production stage.

But, if Dark is anything to go by, fans will be less interested in the visuals than the show’s mysterious characters, twisty plot lines and mind-bending themes. This new trailer gives us a further taste of what’s to come.

Check it out below.