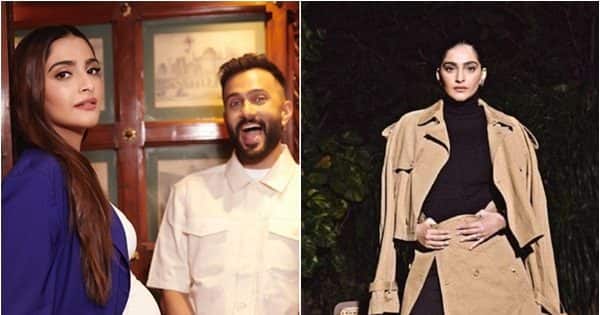 Sonam was recently in Delhi to attend an event with Anand. The two were seen inaugurating the event and mesmerizing everyone with their presence. Anand took to his stories to express his grief over Sonam’s emotional pregnancy weight loss. The actress was spotted in a beige and black outfit for the event. Also Read – Sonam Kapoor Gets Help From Husband Anand Ahuja To Fix Her Shoes; ‘Now he’s a man,’ netizens said [VIEW PICS]

Recently, Sonam took to to share her pregnancy journey. She said she had a quick birth and was breastfeeding easily. She also shared that she has taken steps to ensure she has no stretch marks.

A few days ago, Sonam shared an almost clear glimpse of her son Vayu’s face on . He shared a montage of memorable moments where he was seen happily taking Vayu for a car ride. They were also seen walking with their son. However, the cover image of her video which shows almost Vayu’s entire face grabbed everyone’s attention.

Earlier, Sonam spoke about becoming a mother for the first time and whether her baby is a pandemic baby or planned. He said they were waiting for the right time and when the epidemic happened, they decided to go for it.

The actress also discussed her career post-baby and shared that she is a bit picky and doesn’t like to be in the rat race. She said that though priorities will change and acting will definitely take a backseat to being the best mother to her son, she added that she will never stop working completely.