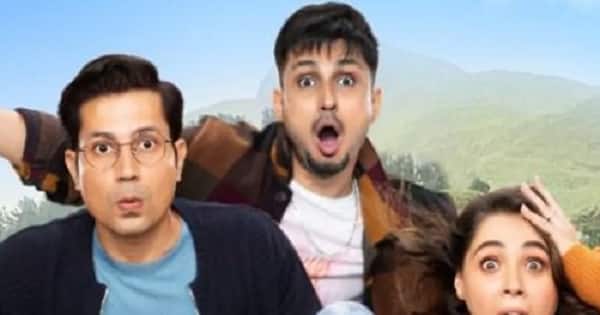 It’s quite an exciting weekend for all movie lovers as two blockbusters have finally released on OTT and that is Brahmastra and Punyin Selvan. If you didn’t get a chance to see it in theaters, you know what to do. And if you have already watched the movies and are looking for something interesting to watch, here are some great choices to give you that will definitely keep you hooked. Let’s start with it on your screen.

Good Bad Girl is the story of a small-town girl who believes in achieving whatever she wants. And he even starts lying to fulfill all his wants. Gul Panag plays a prominent role in this web series, and he is very good. Though the leading lady of the show Samriddhi Dewan is just perfect. The show is directed by Vikas Bhal who was accused of MeToo.

Four more shots please
This web series requires introduction. And with season three even bigger and better, all the ladies out there know what to do this weekend Kriti Kulhari and Sayani Gupta stole the show this season for all the right reasons.

three times
Tripling is a slice show of Zee 5 and the show you watch will definitely give you a good feeling. After a long time, this show hits the right chord. This show will take a piece of your heart with you

Manifest
Manifest is a supernatural show on Netflix and it is back with another installment and the ardent fans are eagerly waiting to know what happens next. Now fasten your seat belt.

Criminal Justice 3, this show has religious fans and viewers. And like both seasons this season is nail biting; The best part of the show continues to shine and he needs no introduction. Thank you Pankaj Tripathi for being you.